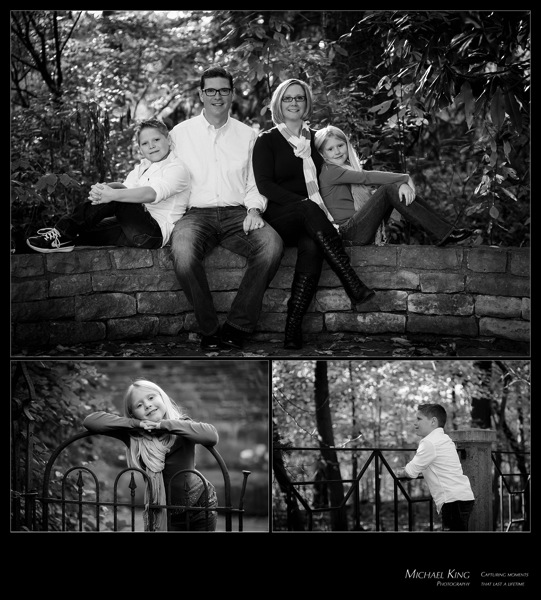 I love black and white photography. It’s where I started when I purchased my first camera. My next door neighbor where I grew up went to Ohio State University and got a degree in Medical Communication.  As part of his education, he took photography classes.  He used to come home and show me some of the things he had been doing.  I was blown away by what you could do with photography.  I decided that at some point in my life, I would get my own camera and learn how to use it.  Later, when I attended Ohio State, I got that camera and took classes on photography and photojournalism.  I  learned how to use that camera (a Minolta SRT 201) and process the black and white film myself.

I loved being in the dark room with the safety light burning over my head. I loved the smell of the developer and fixer. I loved watching the print emerge from the developer as you lifted and lowered the developing tray. I loved bringing the images out into the regular light and really looking closely at them to see where I needed to do extra work, dodging areas that were too dark and burning in areas that were too light.  I loved getting the spot tone out and painting little dots of black on the spots that showed up on the print (today we use the clone stamp and healing brush to fix those).  I loved mounting the image onto the mat board and seeing the finished product, or seeing your images in print in the newspaper.

I miss that. I miss being in a room full of enlargers and other photographers around you working on their images. But with digital photography taking over from film photography, much easier to do all that in the computer. Now, I long for the time I spend behind the camera composing an image, really looking at the light and making sure that the image looks great and capturing the image. I look forward to getting home and getting the images into the computer so that I can start to really look at them, really start to see what needs to happen to make that a truly special image.

For these images above, I use a software tool to convert them to Black and White.  I love the way that it gets the tones just right and it also allows me to emulate different film styles, like Kodak Panatomic X 32 ASA film.  I really liked shooting that film.  It had a slow speed with a really nice fine grain to it, but the best part was the velvety blacks and luminous whites that you got from that film.

A couple of weeks ago, I shot images for a local BMX Flatland Bike Competition called Gurujam 2013.  It was one of the first competitions in the Columbus area and my first participation in an event like this. I used to shoot photos for the Ohio State University daily newspaper (The Lantern) back when I was in Journalism school and during my last quarter there I spent a lot of time covering winter athletic competitions.  Of course back then I was shooting with a Minolta SRT 201 and a really small flash.  Nothing like what I have to work with today.

I’d never been to a Flatland competition. Most people think about the half-pipe and X games type events.  The skill required for this competition seems to me to be even tougher than that.  I hope I’m not offending anyone, but these people took a bike from standing still and balanced it on its front wheel, then passed the bike frame around behind them.  They had the bikes spinning in a pirouette at amazing speeds.  Still photographs don’t do those tricks justice. However, I think I managed to capture some of the best things they did.

Another fact from the competition was that the youngest competitor was 10 while the oldest was 43.  The 10 year old did some really cool things as well (I certainly would never have thought to do those things with my bike when I was 10).

I had visited the site where the competition was going to take place a couple of weeks before the event just to get a feel for the place and to see where I should set up my lights.  I was going for a two light setup and wanted to find a spot with the best sight lines and light.  I wanted to capture the motion and skill of the riders and get some really good rim lighting.

It was a long day, the competition started at noon and didn’t wrap up until about 10:00pm.  But in the end, I got some amazing images and got to participate in an historic event for Columbus.  I do hope that they hold it again next year.  I’ll be back for more images.

Meanwhile, you can check out more images on my smugmug page at http://www.mkingphotography.com/event/Gurujam2013

Also, if you are interested in learning more about the event, check out http://gurujam2013.com

For information on Quest BMX bike, go to http://questbmx.com 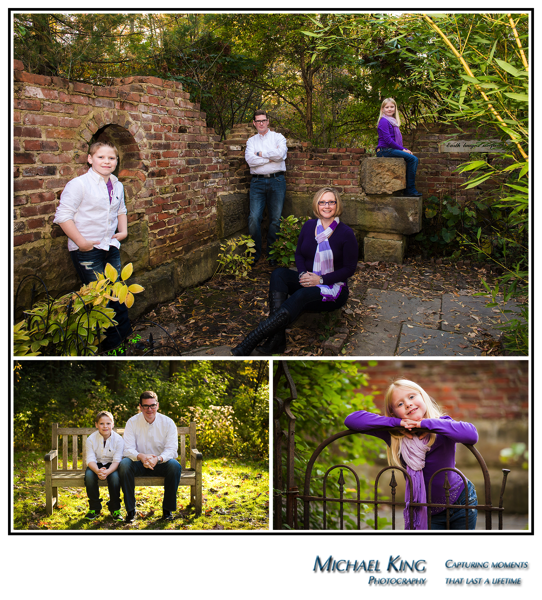 Keep this a secret and don’t tell ANYONE. There is an amazing gem hidden in a suburb of Columbus. It’s the Inniswood Metro Park in Westerville. This place is a photographer’s dream especially for portrait work. It has a waterfall, an extensive rose garden, children’s areas, a music shell, and walking maze. Of course, this place isn’t a secret based on the number of photographers I’ve seen there the past few times I’ve gone. At times, you have to wait in line to get photos at some of these places.

I loved the collapsed building at the center of the maze. There’s a small water fountain there along with lots of interesting plants and the crumbling walls. Someone did a magnificent job designing this place.

This is the third year for getting my niece and nephew’s portraits. This time I included my sister and brother-in-law. We had so much fun getting set up for the photos and I think that we got some really good ones. I did get some images that just showed my sister and brother-in-law laughing with each other. It was a really nice unguarded moment which turned out great.

Going with the Grain

Life Through The Lens

Our Lives in Stasis

If in doubt, just mumble.

random posts on anything that takes place within sight or hearing...

Combining living on the road with a mainstream lifestyle

Weekly posts about photography and other creative projects

A Medley of Beautiful Things and Collective Pursuits: Tangible and Intangible Alike